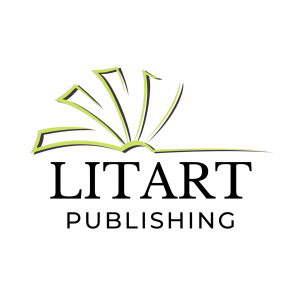 Vera had now collected enough scrap papers and PET bottles to sell to the local junk shop – enough to earn a considerable amount. The idea of earning from selling recyclable waste came to her when she was still a college freshman. As she was riding a jeepney homebound from her university, she saw some folks trading heaps of cartons and papers at the junk shop. Since she had tons of scrap papers ranging from outdated newspapers to math scratch papers and her family used a lot of disposable water bottles as well, she thought selling these recyclable wastes would be a resourceful way to earn a little extra money, get rid of unnecessary waste, and at the same time contribute to protecting the environment in her own little way. She had the box of their old 32-inch TV turned into a container for scrap papers and put it beside her writing/computer table and she stored the used PET bottles in a big black garbage bag, placing it inside their empty kitchen cabinet under the sink.

When her parents had learned of this, her father said, “Why keep all of these? You can just throw them away and let the garbage men earn from them.”

Nevertheless, she had disregarded her father’s advice and went on with her “project.” She had thought that after college, it would give her a substantial amount to add to her savings.

Two years after earning her bachelor’s degree, she was now working as a part-time home-based learning materials developer aside from being a regular office employee. Her assortment of scrap papers had increased thrice as much because of the many lined papers she used as   for her solutions to the mathematics questions she created for the learning modules, and for the past college paper requirements she did not need anymore. Meanwhile, her bag of PET bottles had doubled. Since there was already little room for more of these waste materials, Vera decided that it was time to sell them to the junk shop. I’ll sell them this weekend, she resolved.

Vera never enjoyed watching news on TV. There was always dire news, including brutal killings, disastrous calamities, and perpetual price hikes. More alarming was the increasing involvement of the youth, or minors, in the reported misdeeds, such as harming another child, torturing animals, and destroying other people’s property. For instance, there was a report that some street children made conspicuous scratch marks on the parked cars of people who did not give them alms. These incidents involving the youth were dismaying news for Vera. Little did she know that she would observe one of these occurrences firsthand.

Vera was going home from the local mini-grocery. She was supposed to ride a jeepney but all the jeepneys en route to her house were already fully occupied. I forgot, it’s rush hour, she thought, as she remembered the jeepneys were usually jammed-pack during this time of the evening. Riding a tricycle would be more than twice as expensive. Plus, the condo where she lived was within walking distance and the groceries she was carrying were not that heavy, anyway. She decided to walk home.

As she walked down the sidewalk, she spotted two boys a few feet in front of her stopping by a parked car. Then they brought out objects from their pockets and began to press them at one side of the car.

Taken aback, Vera saw an elderly man approaching the two boys, who seemed to be stunned as well. The man wore tattered clothes and had apparently been pushing a wagon before he neared, approached and scolded the boys.

“What are you doing?” he asked them sternly.

“It’s because he’s stingy, Mang Lino,” the taller of the two boys replied.

“Yeah, he didn’t give us any alms when we asked,” the other agreed.

Not wanting to be seen, Vera just hid behind the car parked nearest to her and observed them. She decided against taking a video of them for it would somehow be like invading their privacy. Besides, she was using both her hands to carry her groceries; she would not be able to take out her cell phone from her pocket.

“But do you think you are doing the right thing, Anton and Jan-Jan?” Mang Lino continued.

The boys’ faces fell. They silently stared at the ground. After a while, they shook their heads.

“Yes, you’re right. That’s not the right thing to do,” Mang Lino said, kindly this time. “It would not help you, would it?”

The boys shook their heads again.

“Plus, someone will be inconvenienced,” Mang Lino went on.

“But he could just have given us some alms,” Jan-Jan, the smaller boy, said.

“Why do they have to be selfish, when they are rich enough to have cars?” asked Anton, frowning.

“I also do not know, child,” replied the old man. “But what I know is that we can do some things to make our lives a little better. Look at me; I collect things that other people have already disposed of to make a living. It might not seem much, but it sure helps bring food to my family’s table.”

“So we should do that as well?” Jan-Jan asked.

“Well, you could, if you have time,” Mang Lino answered. “However, while you are still young, you should study and do well in school. Make the most of the free education offered by the public schools. Good education can go a long way.”

“But we cannot always go to school,” said Anton. “Sometimes, we don’t have food to eat at home and it’s hard to focus on the lessons with an empty stomach.”

“Sometimes, we do not have money for our needs in school, such as projects,” added Jan-Jan.

“I see. Yet, whenever you can, attend your classes. You can also try self-study at home, when you can’t go to school,” answered Mang Lino. “See, education is valuable. It can help you uplift your lives and even the lives of those around you.”

“Well, let’s keep going,” the old man said. “If you want, you can come with me to the junk shop. I can give you some of my earnings what I will earn from these scraps,” he added, as he began to push his wagon.

“We’ll help you find some more scraps to sell, too,” Anton offered heartily.

And they went on their way in the direction of the junk shop to find more materials to sell.

Relieved, yet awestruck, Vera continued to walk home quietly, so as not to draw attention to herself.

The next evening, Vera brought her collection to the garbage area outside the condo. She had placed a note inside one of the boxes:

May there be more people with good will like you.

One day, Vera went to the guard house to ask if a delivery for her had arrived. She was expecting a gift sent to her by a friend from abroad.

Checking the log book, the guard answered “There is none yet, ma’am.”

She was about to return to her unit when the guard said, “But wait, ma’am. I think this letter is for you.”

He took out a folded piece of paper from a drawer.

As Vera entered her room, she recalled what the security guard told her about the letter.

“The old garbage collector who gave it to me said it was for the person who left scrap papers and plastic bottles for him. I remembered I helped you carry boxes and plastic bags to the garbage area. That’s why I thought this letter is for you.”

She did not expect to receive such a letter and was truly happy that she did. She unfolded the small piece of paper. It seemed to be written by a youngster. She began to read:

Thank you for your kindness.

I am writing for my father, ‘Tay Lino, because he can only read and write a little. But he is glad that he recognized his own name in your note. My family is glad too.

We would like to thank you for your help. It helped us cope with my needs for the remaining school days. I am happy to say that I will be graduating from high school soon.

From Kat-Kat, Mang Lino, and family”

PreviousPOEM | Hibik ng Kalikasan: Isang Koleksiyon
NextIf I Had Known That Today Would Have Been The Last Day That I Saw You