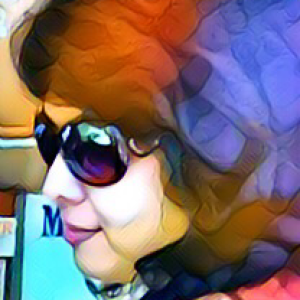 “It’s this blizzard. We can’t see through our telescopes,” he complains.

I blink away the moisture from my eyes. “Blizzard?”

“Yes, it’s a blizzard, Matthew.” He speaks to me like he’s the twelve-year-old between us. “Can’t you feel the snowflakes on our skin? It’s freezing cold, my hands are numbed. All around us, it’s white, the snow thick and heavy under our feet. There’s no light in your lamp, and your backpack is frozen.”

I close my eyes. We’re back to back, Nathan and I. And Rajah.

We’ve been traveling at a snail’s pace, hindered by the howling winds and the scattering of ice pellets over our scantily-clad heads. The frost is biting through our thin clothing as we trek through this virtual snow-globe with only slippers and a rickety, old bike.

“Of course,” I agree. “But at least we’ve conquered many beasts. Those man-eating plants were really pesky. Thanks to you, I still have my leg.”

“Yes!” he shrieked. “And if you haven’t warned me in time, Rajah and I would’ve fallen into the underground trap with those poisonous snakes!”

“Oh, and did you see the claws of those flying monkeys? They’re like six inches long! Sharp enough to cut off our heads!”

“Also, the giant bee! It almost swallowed all of us whole! Good thing the giant sunflowers distracted it.”

“Yes, and you ran like your pants were on fire! I haven’t seen you run like that!”

“You would, too, if you don’t want to end up plastered inside a giant honeycomb and nibbled bit by bit!”

We laugh until our sides hurt. For a brief moment, the snow is forgotten and we are oblivious to the dangers of the fantastical place we are in.

After some time, Nathan smirks, “What an adventure this is turning out to be, isn’t it?”

I nod, before my face turns wistful. “Nothing less for Rajah’s last adventure, don’t you think?”

Nathan drops his voice to a whisper. “Yes, and I think he remembers now where the enchanted pirate ship is.” He raises his voice and steps around me. “We’re on it, Rajah!” His mouth is pressed thin, his eyes are narrowed, determined to see this quest through.

I swallow the heaviness in my throat before I follow his lead. “Apologies, Rajah. Let’s go find the ship before the Ogre finds out that we’ve escaped from the castle.”

Pushing our bike, we trot after the Rajah, his royal white robe in sight. Around us, magical beasts of every kind try to stop us, but our flaming sword and shield keep them at bay.

Finally, as we reach the top, gasping for air, we both see it.

The object of our quest. The enchanted pirate ship.

For once, we have no words. We just look at it. Then we turn to each other.

“We found it,” Nathan whisper, his large, brown eyes misty.

Before I can answer him, we hear roaring voices and the unmistakable sound of heavy, running feet.

Before I can stop him, he grabs Rajah and wraps his arms around him. “I won’t let the Ogre get you, Rajah,” he cries, dropping to the ground.

Feet apart and fists clenched, I turn to face the Ogre. When I see the two tall figures emerge from the trees, though, I exhale a sigh of relief.

“Then who is it?” he sniffles, still with his back to me.

Beside me, the sweetest voice in the world gently croons like a lullaby. “Nathan…”

My five-year-old brother lifts his head.

With a gasp, Nathan swivels and sees who it is. He rushes into the most comforting arms we’ve ever known.

She gathers him close to her chest. “Of course, we’re here. I told you over the phone we’d be home soon, didn’t I?”

A masculine voice with both authority and compassion booms above us. “Hey, buddy. Yaya Maring almost had a heart attack when she found both of you gone.”

“Daddy!” Nathan jumps into our father’s waiting arms. “I was afraid we’d be too late…” His lower lips tremble and his eyes water.

Dad locks eyes with me in silent question. I answer with a slight shake of my head. He sighs, then whispers to Nathan, “I think we’re just in time. Are you ready?”

Nodding, Nathan clenches a fist over his heart. “Yes, Daddy.”

Dad lifts Rajah from my bike and places him carefully inside the enchanted pirate ship. “Go on,” he coaxes Nathan, “he can still hear you.”

My little brother draws a deep breath before speaking in a shaky, low voice. “Hey, Rajah. Thank you for all the wonderful adventures we’ve been together. I know that in this last adventure, you can’t take us with you. That’s okay. I know you got it covered.”

He puts his fist over Rajah’s failing heart. “I’ll miss you, though. I won’t ever, ever forget you. That’s a promise.”

Rajah whimpers. Then he slowly, painfully, closes his eyes.

We stand in silence under the mango tree, giving freedom to our tears. Much later, Dad shuts the lid of the wooden crate and pours soil over the grave. Mom lays beautiful sunflowers on top of it.

We walk back home, hand in hand, leaving behind the vastness of our backyard.

At the porch, Dad stops and crouches down to meet Nathan’s red, puffy eyes.

“You know,” he says, “today might have been Rajah’s last adventure, but it doesn’t mean it’s yours, buddy.”

Dad’s eyes twinkles as he opens the door to our house.

A Labrador puppy, with fur as white as Rajah’s, bursts out, barking happily.